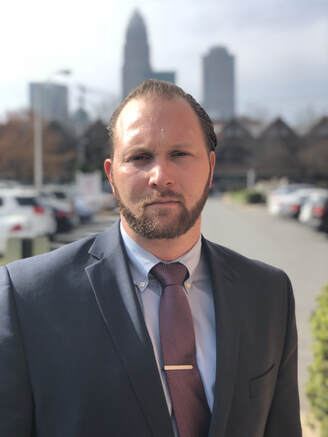 Corey Parton is the Founder and Managing Partner at Parton & Associates, PLLC. He has practiced law in Charlotte, North Carolina since 2013, winning civil settlements and finding the best possible outcomes for his clients facing criminal charges.

Mr. Parton has a Juris Doctorate, completing his legal education in two-and-a-half years while receiving Dean's List Honors. During law school, he was a Teaching Assistant, Federalist Society Member, and part of the Expunction Project and Civil Rights Clinic. Mr. Parton holds a BA Degree in Communications from Virginia Tech, where he was a member of the Men's Lacrosse Team.

Mr. Parton has taught Continuing Legal Education courses to his colleagues on Rules for Discovery, Advanced Trial Tactics, and Building Cases with Electronic Evidence for National Business Institute, Inc. He has been featured on Charlotte's WBTV-3 & Time Warner Cable News as a Legal Consultant, recognized with an Outstanding Teacher Award for his volunteer work teaching English as a Second Language to Adults, and has been published by the American Bar Association on Environmental Litigation and Toxic Torts.

Mr. Parton's work experience includes a position in the Pentagon in the Office of the Secretary of Defense for Policy, and on Capitol Hill as a Staff Assistant for the U.S. House of Representatives Committee on Homeland Security. Both positions required him to hold a Top-Secret Security Clearance issued by the US Government. In 2013, he opened the doors to a successful solo practice in Charlotte: Parton Law Firm. In 2015, he partnered with Chad Buckingham to create Parton Buckingham PLLC, which later became Parton & Associates, PLLC.

Mr. Parton is a die-hard Buffalo Bills fan which has taught him patience, perseverance and how to stay true during tough times.